The First Meeting of JASP

This is a shout out to one of my besties. We’ve worked together for the last few years, and we’ve been through the ringer together. We even have a celebrity couple name: JASP. (It’s just our initials. No big deal.) We’ve technically only known each other for about 4 years, but here’s a fun fact about us.

Back when we were both still in college, 6 years before we officially met and became coworkers and cohorts, we attended the same production of Into the Woods at the theatre company we would eventually work for. November 30, 2005: we both sat in the Lucie Stern Theatre and watched it snow onstage after intermission. (As our Artistic Director says, “It all makes perfect sense when you realize it’s snowing in the second half.”)

Much has changed since 2005 – much has even changed since our official meeting in 2011. But I just wanted to say that I’m so happy I know you, Jonathan! #tbt to that time we both saw Into the Woods on the same date without knowing it!

(But we are way cooler now than we were back then.) 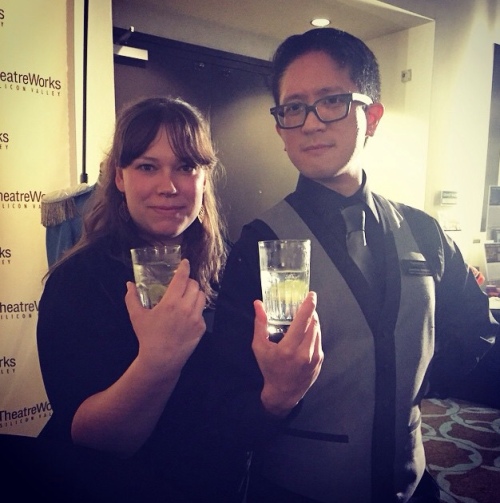 (To be clear, these are both pictures from the cooler “now.”)